if this floor could talk

Daily I am faced with it, wake to it, again and again. Oh, the horror of it! My bare toes shrivel at the prospect of unshielded intercourse upon this great masterpiece of filth that has become of the formerly lush and lusty pile carpet in my home. Alas, and would it were not so.

My carpet is a grungy patchwork of splotches and stains in varying shades of grey, decorating the floor in a gross accidental animal print that stretches across nearly all our living space. The incidents that rendered this impromptu abstract artwork vary wildly, and in truth, I should probably feel more nostalgic about it. What I mean is that these stains, however disgusting they may appear, also serve as a chronicle of the collective lives that have been playing themselves out inside these walls, a timeline of the narrative of my family.

For instance, here near the doorway of the kitchen is the spot where I once bled. There had been a baby gate stretched across that doorway and a baby in my arms when, as I stepped over the gate en route to the living room beyond, the toe of my shoe caught on its top edge and sent me sprawling. An old fashioned wooden rocking chair sat only a couple of feet away, and instead of trying to catch myself, I had cradled the baby to my chest like a wide receiver with a game-winning touchdown pass and fallen full force into the side of that chair, which shrieked, splintered and collapsed beneath us all at once into a pile of broken kindling. Somehow I managed to protect my daughter from injury amidst the calamity of the fall, but I was hurt – arms and side and shoulder badly bruised, one forearm gashed where a spear of snapped slatwood caught and bit, both knees deeply skinned from digging into the carpet to stop the bulk of our weight – and we lay there as my blood dripped onto the floor, the baby screaming like her hair was on fire, me shocked silent as stone.

I stayed sore, scabbed and strawberried for weeks afterward, and the damage to the rocker was irreparable, but as far as we could tell, the baby hadn't even been scratched. The cut on my arm healed cleanly, but I still have a fat purplish scar on my right knee that itches like the devil sometimes when the weather's bad. I don't mind, though. I like to be reminded of that day, when I instinctively sacrificed my own well-being for the safety of my fragile little girl. I might even think that I'd saved her life had my own clumsiness not caused the whole ordeal in the first place. Nevertheless, it still makes me feel good. Makes me feel like a father, a real one. I appreciate anything that leads me to that.

And yet, when I see that stain where my blood fell, one among so many, I still typically think, "Ugh! I hate this carpet." Wherein lies the difference between my itchy scar and the sight of that spot, I don't know.

Look – those spatters not too far away from the bloodstain are from the first time the kids caught the neighborhood ice cream truck down at the end of the driveway, and I bought my daughter a Tweety Bird sherbet and my son a Batman, both their own choices, both with eerie gumball eyes. Over there near the window is where somebody was watching television with a cup of chocolate milk and kicked it over. And that, just to the right of the entryway – yeah, the one that looks like a turtle with a long neck – that's the spot it made when the cat got into the pantry, broke open a bag of flour, and proceeded to sneeze 'til he barfed.

The really huge stain, the one that occupies almost the exact center of the living room floor, comes from the time when my son was so sick as a baby. During the long recovery period that followed his treatment, he took medications that caused him to throw up repeatedly, enormous awful projectile vomitings up of whatever was inside him, over and over again. He probably puked onto that same spot on the carpet thirty times or more. The old couch used to sit there in the middle of the room, and we would hold him there, or lie down with him there, knowing he'd be throwing up at least once or twice and thinking that letting that ratty secondhand couch take the brunt of the abuse was better than washing bedclothes however many times a day. So we'd sit there, or lie there, and sure as the seconds on the clock ticked off, he would throw up again, down over the side of the couch. That's why one side of that big stain is flat like it is.

All this time spent, all this well-earned wear, these moments, these memories and so many others, ground down into the knap like a diary, and still the sight of it makes me cringe and wrinkle my nose in disgust. I can't help it -- I want a fresh start. Perhaps, when the time comes and we begin the work of pulling it up off the tacks, stripping it away from the subfloor and rolling it up into logs to be hauled away, then my feelings will change. Perhaps, as I throw those great heaps down amongst all the other cast-off debris at the landfill, I'll finally make my peace with its grime and give credit where credit is due: this carpet has been through so much, and it has served us well.

But regardless of my sentiments, next time we're getting hardwood.
Posted by yourblindspot at 5:32 PM 4 comments: 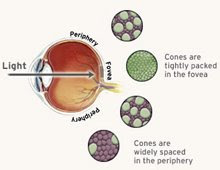